TBT@ITT - Frame on the Lordship of God 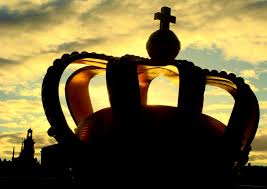 From Chapter 2 - The Lord as found in Frame's work entitled The Doctrine of God:
Certainly the biblical Lord is not just any ruler. It would be wrong for us to expound God's lordship merely by appealing to extrabiblical models of kingship, rule, dominion, and so on. God is different in many ways from an oppressive monarch, a Roman emperor, a feudal lord, or a European king. But the basic concepts of hierarchy, rule, and power are intrinsic to the lordship of God. To oppose the rule of God is to oppose his lordship altogether. (24)

Frame goes on to write: Lordship does not at all fit the model being urged upon us by feminist and other liberation theologians, nor does it fit the model of process theologians, for whom God's influence on us is always "persuasive," rather than "coercive". Nor is it consistent with open theism, process theology, or theological pluralism. From one perspective, however, this fact is not surprising. The very nature of liberal theology, for the past three hundred years, has been to assert human autonomy. The liberal theologian wants to avoid at all costs the notion that he belongs to someone else, that he must think according to someone else's standards, that he must obey someone else without question. He may be willing to use the term Lord, but the biblical doctrine of God's lordship is inimical to his most fundamental instincts. (25)

For me, I recognize that many of the 'problems' and 'issues' I face in my Christian journey, entirely or in part, revolve around God's lordship and how it plays out in my life. Though we are Jesus' friends and siblings, we are also remain servants of God; and he remains The Lord.