a few years ago

TBT@ITT: Semi-pelagian In My Mind

A post inspired by Reading the Classics with Challies. 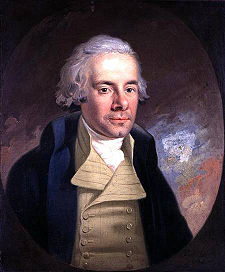 In chapter 2 of Real Christianity, Wilberforce confronts his peers on their view of the nature of man. Wilberforce contends that “The bulk of professed Christians are used to speak of man as of a being, who naturally pure and inclined to all virtue, is sometimes, almost involuntarily, drawn out of the right course, or is overpowered by the violence of temptation.” (17) This is unacceptable to Wilberforce and he gives several proofs for his contrary view: first, the contrast between what we expect in man’s actions and what we actually see; second, man’s actions in ‘polished nations of antiquity’; third, the actions of inhabitants of the New World; fourth, the general state of the Christian world; fifth, the actions of even true Christians; and finally and most importantly, Scripture’s attestation of human depravity.

For the author, Scripture is clear on this matter: “Far different is the humiliating language of Christianity. From it we learn that man is "an apostate creature, fallen from his high original, degraded in his nature, and depraved in his faculties: indisposed to good, and disposed to evil: prone to vice it is natural and easy to him; disinclined to virtue it is difficult and laborious: he is tainted with sin, not slightly and superficially, but radically and to the very core.” (18) In the previous chapter, Wilberforce reproved his generation for the lack of biblical doctrinal knowledge. In this chapter he begins to build a foundation of biblical doctrine and what ‘Real Christianity’ entails.

It is not by chance that Wilberforce starts with the human condition. “It is here, never let it be forgotten, that our foundation must be laid; otherwise our superstructure, whatever we may think of it, will one day prove tottering and insecure.” (32, italics mine) Human depravity would have been glaringly obvious to a man who dedicated his life to the abolition of slavery. But for Wilberforce, he believed that this concept of the human condition was foundational to Christianity, at least to Real Christianity. And so he makes his case in Chapter 2. He fears that “instead of deploring our miserable condition, we have too often hugged our chains, and even gloried in our ignominious bondage.” (25) And bondage, spiritual or physical, did not sit well with this man.

But allow me to move on to a personal testimony concerning this doctrine. I’ll introduce my self-revelation with some lyrics that should be sung to the tune of Carolina In My Mind by James Taylor.

My name is Jude St. John, and I was a semi-Pelagian. To be honest, I was not this way by intent, but rather by default. It is not like I had studied the competing doctrines and came out of my deliberations a raging Pelagian. Nevertheless, I held a belief in error and it was detrimental and dangerous.

I used to believe man was damaged, sick, and corrupted to a certain extent, but I did not hold to or understand total depravity. I figured men in general, and me in particular, could still choose God and actively make some ‘God-ward’ steps to facilitate salvation be those steps ever so humble and minute.

I would like to blame my heretical views on several things. I would like to point to the fact that I never had the argument articulated to me in a significant manner. Or I’d like to explain that those Christians whom I knew that held to total depravity were not people I admired or considered worthy of emulation. But what I would like to blame and what in reality is blame worthy are different things. To be honest, I read enough of Scripture to have encountered the most relevant passages on this issue numerous times. And this should have been enough. And it would have been enough except for my pride.

Pride was the reason behind my failure to come into agreement with the doctrine of total depravity. You see, the bottom line was this: I wanted to participate in my own regeneration. I wanted a role to play in this great drama of being born again. I didn’t need to have the starring role; I knew who that belonged to. But I thought I could rationalize a brief cameo for myself.

But thankfully I came to the realization, by the grace of God and the teaching of the Holy Spirit, that I played no role whatsoever in my regeneration. None.

And I am no longer semi-Pelagian in my mind. This brings us back to Wilberforce. I am in agreement with ‘The Nightingale of the House of Commons’: “Such is the moral history, such the condition of man. The figures of the piece may vary, and the colouring may sometimes be of a darker, sometimes of a lighter hue; but the principles of the composition, the grand outlines, are every where the same. Wherever we direct our view, we discover the melancholy proofs of our depravity; whether we look to ancient or modern times, to barbarous or civilized nations, to the conduct of the world around us, or to the monitor within the breast; whether we read, or hear, or act, or think, or feel, the same humiliating lesson is forced upon us, Jupiter est quodcunque vides, quocunque moveris [He is whatever you see; He is wherever you move].” (24-5)